Independence Day is celebrated enthusiastically in the communities of the Mesabi Iron Range. You can see parades in Aurora and Gilbert and fireworks in Eveleth on July 3rd, followed by the Eveleth parade the next morning and travel to Biwabik that evening for their Calathumpian Parade. And maybe get to Virginia for fireworks at sunset.

Most communities, large or small, have parades and fireworks. The parades are homegrown affairs with high school bands, local businesses as well as competitions for best adult and children’s floats. Depending upon the day of the week when July 4th falls the celebrations extend over three or more days.

Independence Day celebrations on the Iron Range are expressions of patriotism, community and tradition. They are also reunions. Town’s populations swell with people returning for high school and family reunions. The Eveleth Clown Band on Independence Day combines all of those characteristics. Veterans of the Second World War formed the Eveleth Clown Band in 1949. From the beginning the members decided to “liven things up a bit”, by dressing in costumes and being “goofy”. For the Eveleth parade the number of players increases at least five fold. The clowns embody the joie de vivre and hands on approach to life I see as intrinsic to the region. Their repertoire is familiar including, “In Heaven There Is No Beer,” “Just Because”, and “You Are My Sunshine”. Along the parade route people sing along and sway their hips and cheer. That good cheer is infectious.

Mary Lou Nemanic in her study of Independence Day celebrations on the Iron Range, One Day For Freedom, observes that being goofy and acting out derived from the European tradition of the Commedia dell’ Arte known by immigrants to the region. She also argues that assuming the role of a clown, often a man dressed as a woman, provided an opportunity to be rebellious in a company town that valued order and conformity.

For many years, Pepper Lysaker, former educator and football coach at Mesabi Community College, and his wife Marni would host a July 4th gathering. It would begin at 6 a.m. with members of the clown band on pontoon boats playing on Ely Lake. Then friends of Pepper’s would dress as clowns and march in the Eveleth parade handing out candy. Pepper said to me a number of years ago, “If you can’t be free on Independence Day, when can you?”.

I have been photographing Independence Day in the communities of the Mesabi Range since the early 1980s. Over that time I have become a familiar figure photographing events of Independence Day in those communities. When I set up my camera on Grant Street in Eveleth I’m greeted with, “Good to see this year”. I have also formed friendships that have given me access to people’s preparations for parades.

In selecting photographs for this exhibition I looked for ones that include the stars and stripes or the colors red, white and blue.

This exhibition is dedicated to the memory of Tom Rukavina and MaryAnne Tuskan. 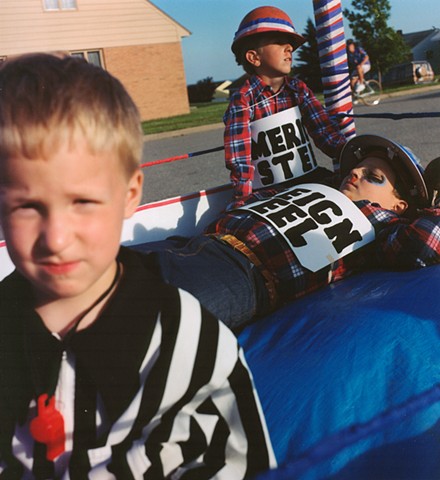 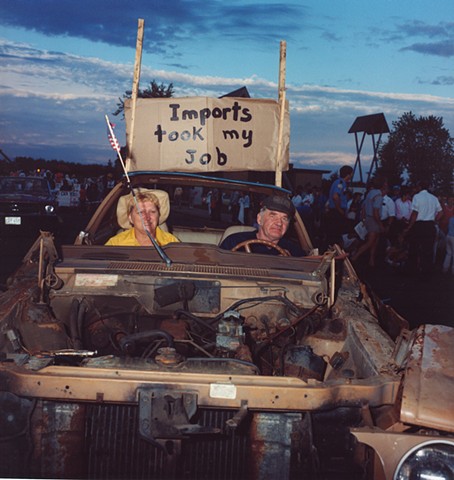 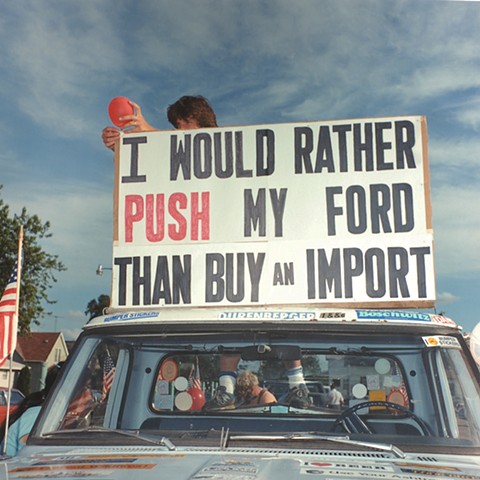 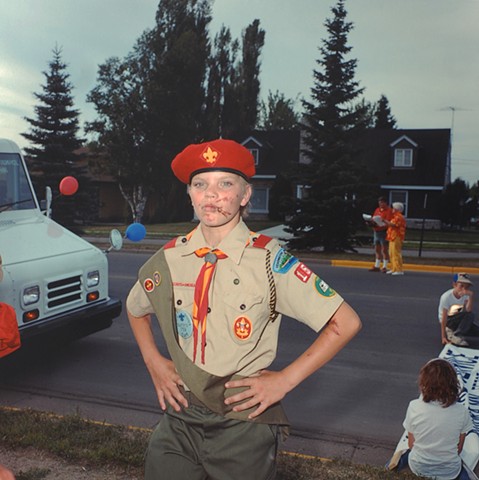 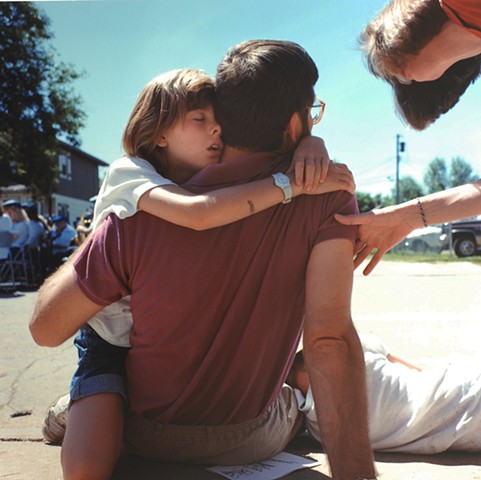 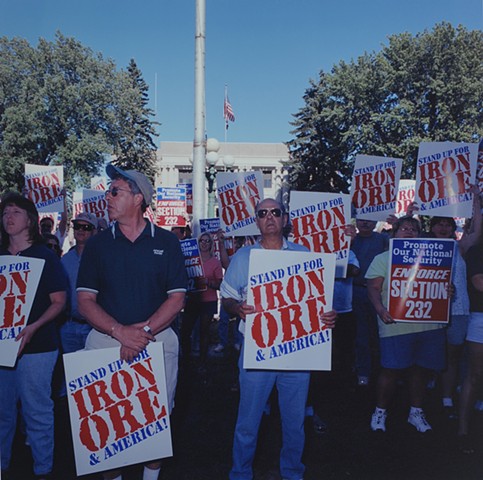 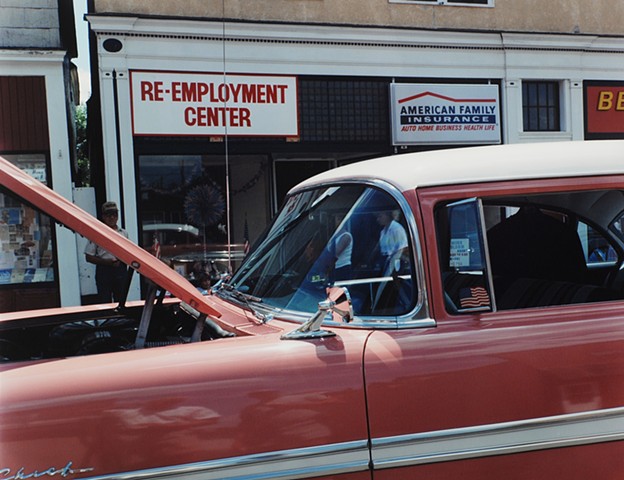 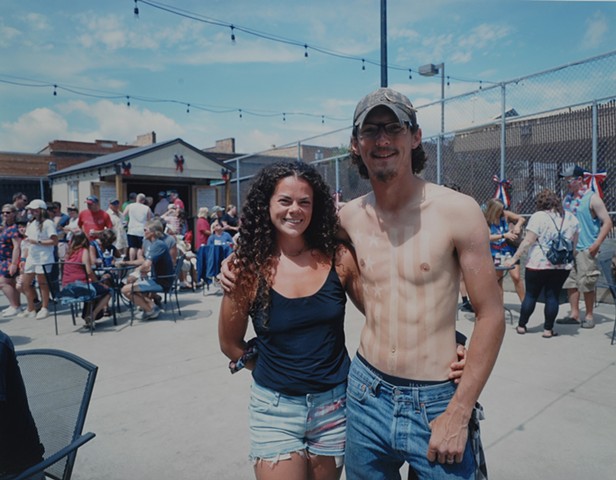 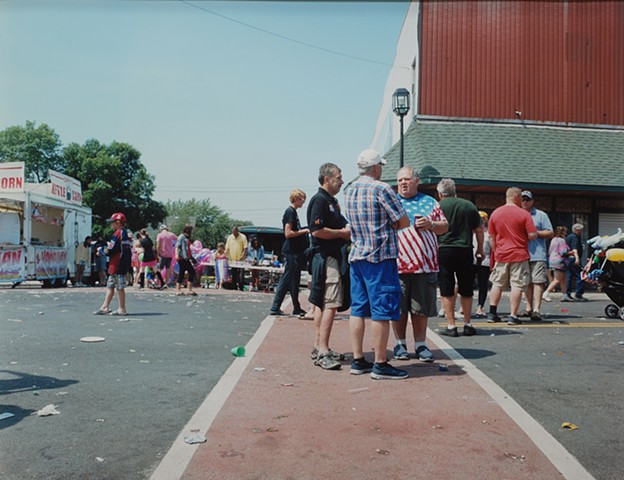 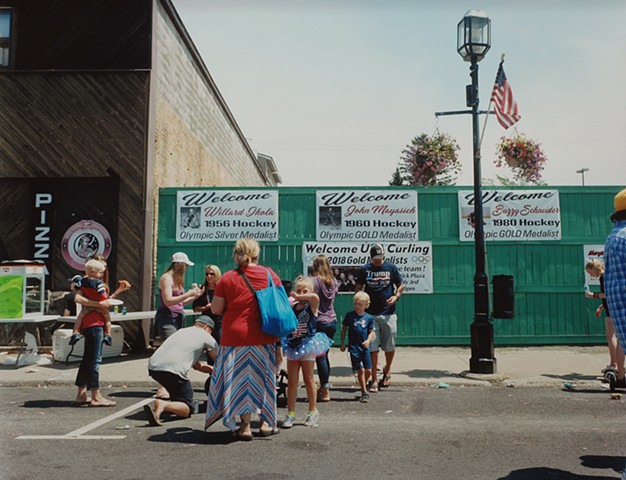 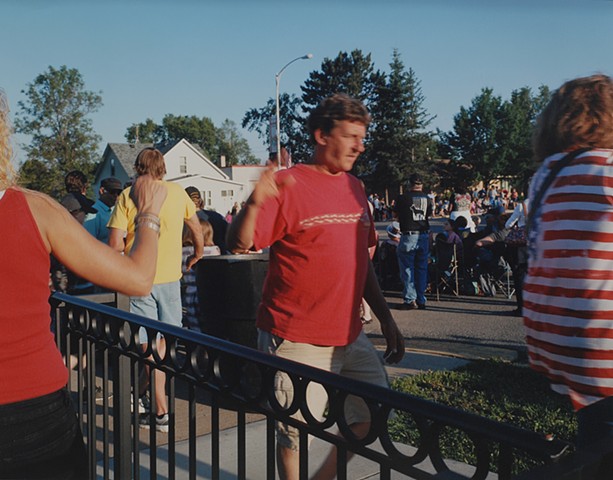 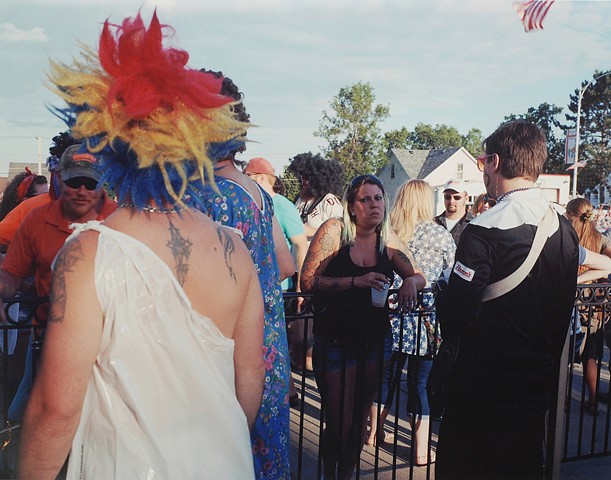 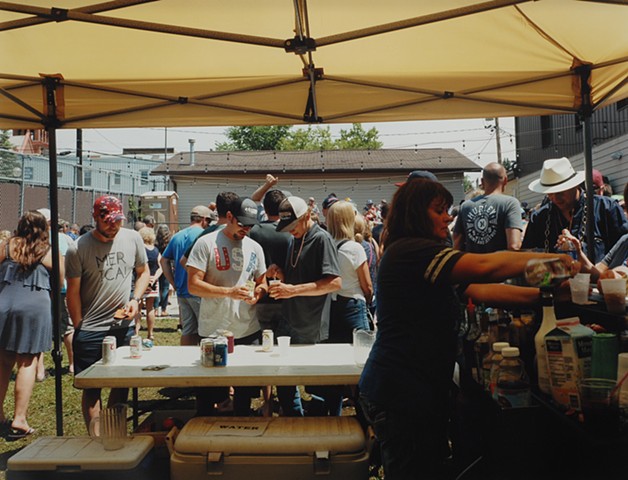 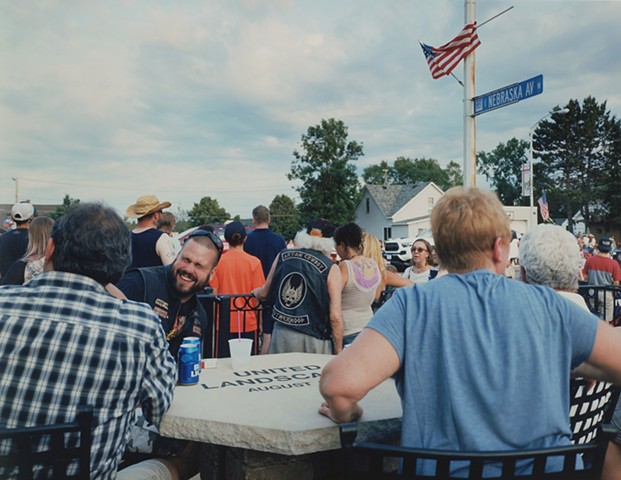 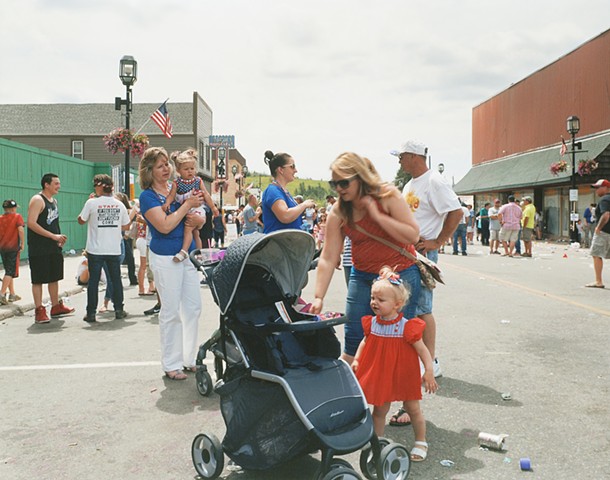 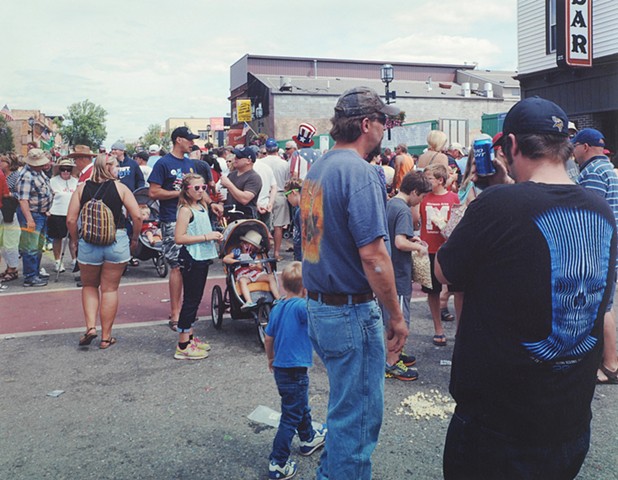 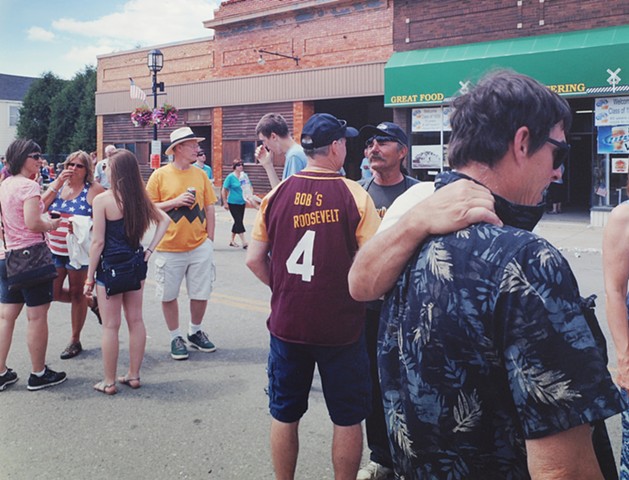 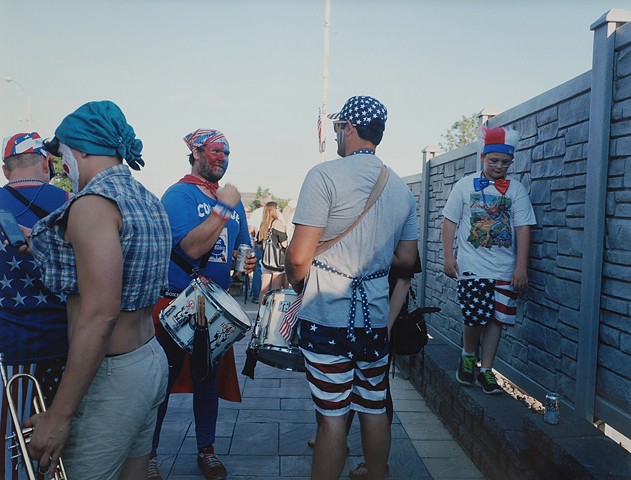 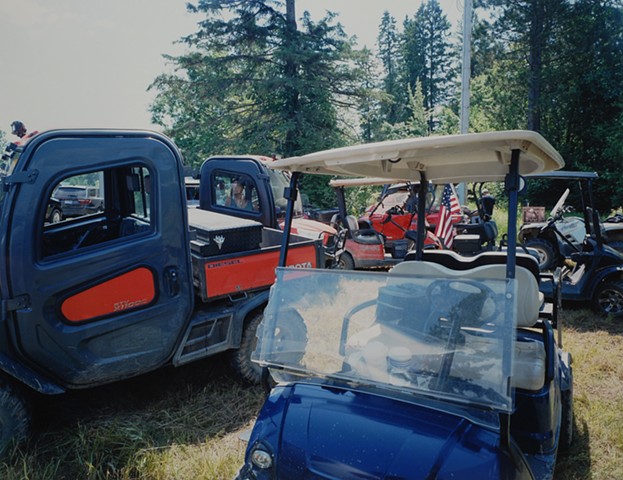 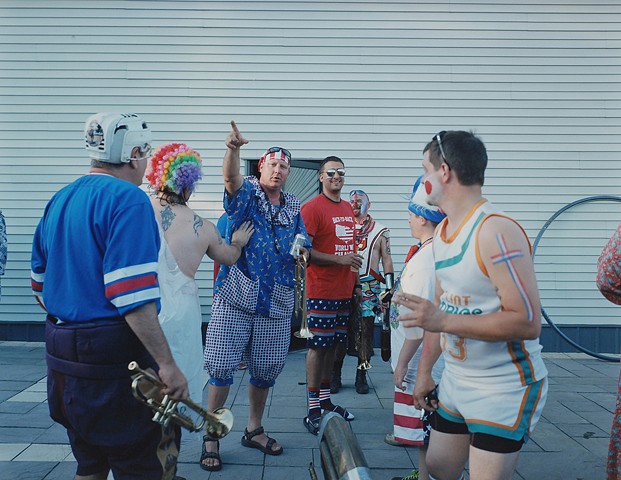 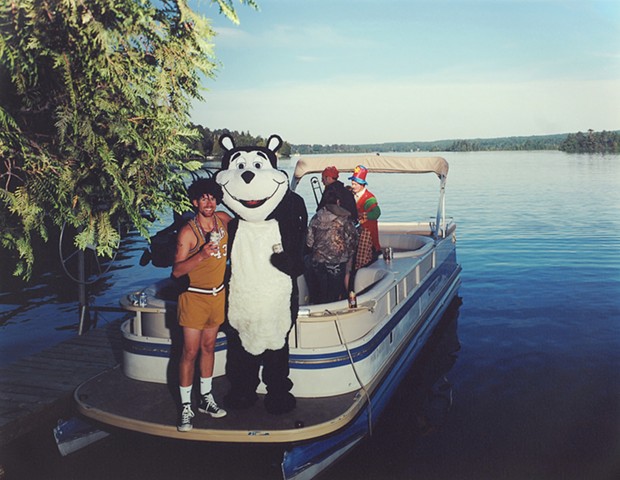 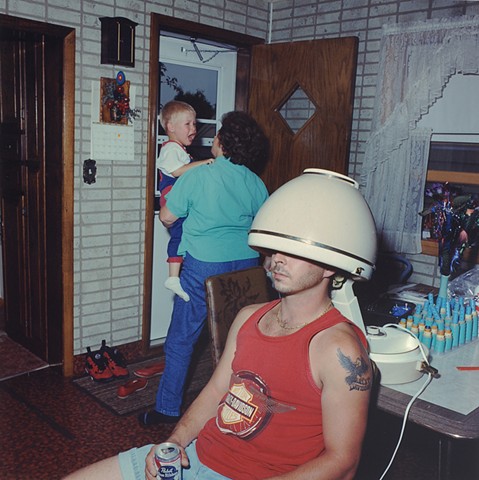 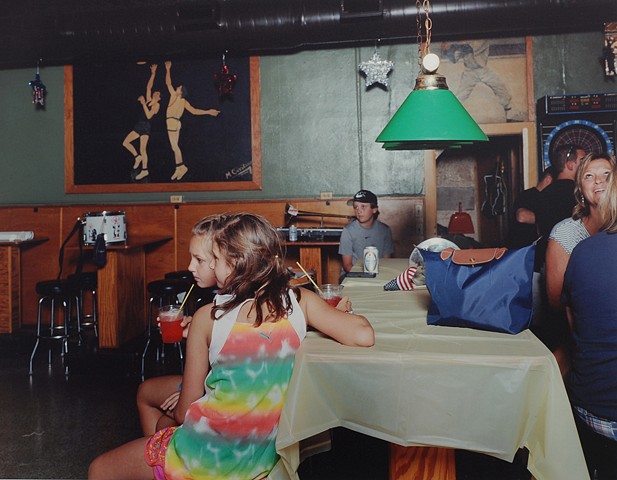 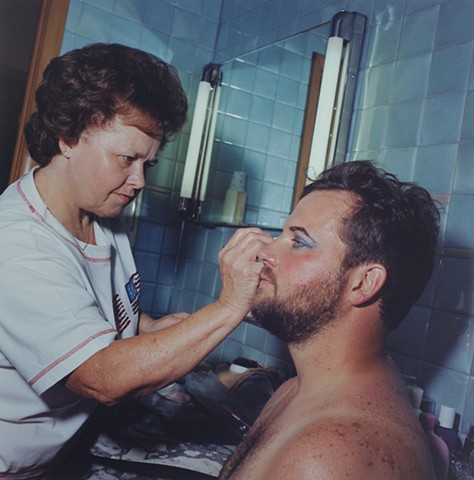 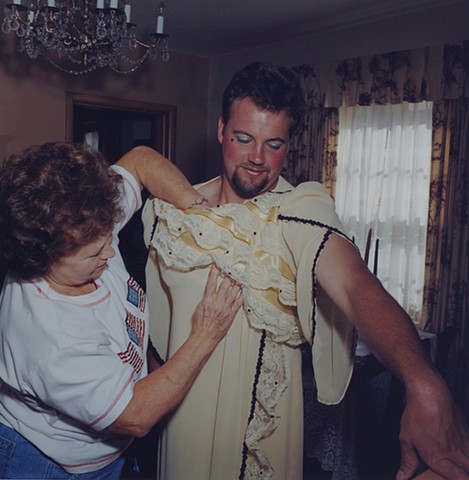 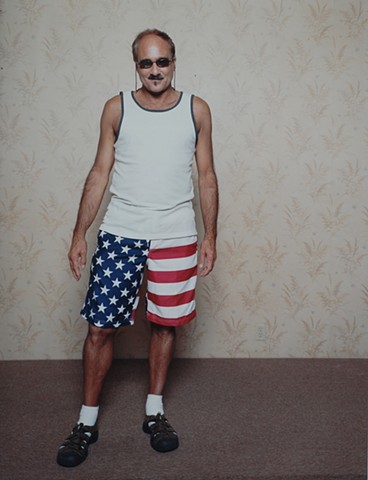 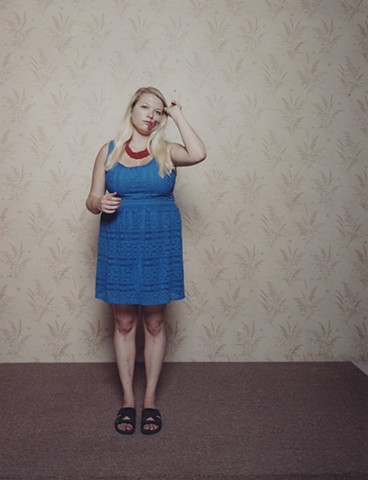 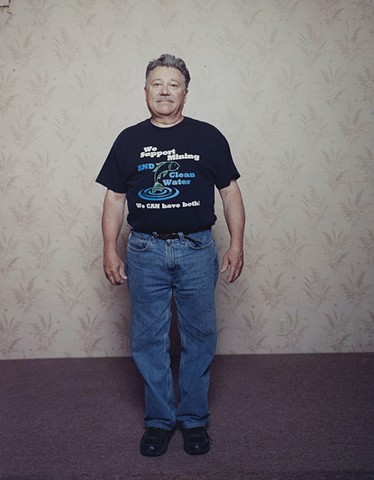